Your form message has been successfully sent.

You have entered the following data:

READ INTERVIEW IN OKLAHOMAN NEWSPAPER 3/2018 -- You will not only learn about my writing career but a lot about me as a person.

This interview was done three years ago for InPrint Radio. On it, Lu discussesS writing in general, plus talks about the novels  she was working on then, which includes Scalp Dance and Seeking Cassandra.

Detective Sam Chitto of the Choctaw Tribal Police takes a walk on the wild side in NO TRESPASSING. It’s autumn in southeastern Oklahoma when Chitto finally gets time off from an exhausting workload due to the epidemic. He’s not only bone tired but also feeling guilty because he’s neglected personal responsibilities. He needs to check on his mother and grandmother and take care of his old horse Blue that he’s decided to put out to pasture at his mother’s rural home. As he makes the drive north from Durant, he’s drawn to the dark line of hills to the east. The Ouachita Wilderness is a Paradise for naturalists and one of his favorite places. Regrettably, there will be no time to visit Paradise on this trip.

He no more than gets Blue in the pasture, however, when Oklahoma Game Warden Crystal Folsom arrives. Crystal tells him that her grandmother, Peony Folsom, an elderly woman Chitto helped years before, has sent her to “fetch” him. Something mysterious is going on in the Ouachita Wilderness causing animals to die and people to become seriously ill, including Peony’s grandson. Peony wants Chitto to investigate and stop those responsible.

Unable to say no to the elderly woman, Chitto heads into the Wilderness where he encounters a crusty set of characters and a mysterious place called Area X where a consortium is trying to prove that an old folktale is true. Trained as a scientist that deals with fact, Chitto never put stock in old tales, but what he discovers on this trip challenges those beliefs.

Part history and part mystery, Liquid Grace occurs in the 1940s at the beginning of WWII. Set in downtrodden eastern Oklahoma and the fertile valleys of central California, the story is told from the viewpoint of an older woman named Jane Guthrie and deals with an eventful summer when she was thirteen. In vivid detail, she charts her memories of train trips and fruit orchards, minstrel shows and mushrooms, harvest gypsies and rivers in a box—and her mother’s mysterious calling to help someone in need. An excited teenager when her mother and four siblings caught the train west, Jane is an adult by summer’s end, left on her own to get what remains of the unraveled family back to Oklahoma safely. By telling the story, Jane hopes that she can put to rest dark memories of that summer, which have haunted her into old age.

UPDATE TO YOUNG WRITER RESOURCES PAGE: Young writers, check out the new resource listing supplied by Anna, who is in Barbara Lincoln's writing class. Barbara is is a youth services librarian and educator who is running a writer's workshop for 12-15 year olds online during this difficult time we are experiencing. The new resource is an article that provides writing basics for young creative writers and includes many writing term definitions -- a must for any aspiring author!  lutricia-lois-clifton.com/children-s-books/young-writer-resources/ Thanks you Anna (and her Mom, too), and Barbara.. I love hearing from young aspiring writers and their teachers.

Five-Dollar Indian, the 4th book in the Sam Chitto mystery series has released. A description follows:

Upheaval comes to the Choctaw Nation of Oklahoma over a proposed Native Theme park. The odd alliance of an Apache and a Sioux promoter attracts the attention of Choctaw officers when a powwow doesn’t seem to be the philanthropic fund-raiser it is touted to be. Then a fourteen-year-old Sioux boy is found dead in the Kiamichi Wilderness. The death looks like a drug overdose, but the country investigator finds other, more baffling evidence that draws in the unauthorized involvement of four tribal officers: one Sioux and three Choctaw, including Lieutenant Sam Chitto.

Lawmen are the “thin blue line” that holds back chaos, but each officer struggles with his own internal demons that put adherence to the code of ethics and the vows he took as an officer at risk. The dead boy’s grandfather, the Sioux officer, believes he has evidence the death was murder and

wants to execute his own brand of justice. Meanwhile, Sam discovers one of the promoters is a five-dollar Indian – a white man posing as native to profit at Native Americans’ expense. The imposter is none other than Leon Messina, grandson of old drug lord Victor Messina - the man behind the gangland killing of Sam’s father.

Will mistrust, suspicion, and a deep desire for revenge prevent these four lawmen from working together to ensure justice is served?

Reviewer:   "Clifton has a way of helping the reader discover elements of her characters’ 'souls'."

Mark Twain once said, “Every man is a moon and has a side which he turns toward nobody; you have to slip around behind if you want to see it.” (“The Refuge of Derelicts” 1905). This insight into human nature proves to be the driving force behind Sam Chitto’s pursuit of justice in The Horned Owl. Two Choctaw tribal council members pull Detective Sam Chitto into an unauthorized investigation to prove a teenage boy is innocent of murder and sexual mutilation. Using graphic novels the boy produced, prosecutors enlist the aid of a forensic psychiatrist to prove the boy committed a fantasy murder. Also suspect is the reason the boy gave for being seen near the body after the murder, i.e., the Choctaw deity Ishkitini, the Horned Owl, forewarned him in the night that someone would die violently.

One case investigation becomes two as Chitto realizes the murder occurred close to where his father was killed a decade before. Seizing the opportunity to solve his father’s murder, Chitto investigates both the new murder and the old. Chitto’s efforts to discover the moon side of various characters drives the action in both investigations.

THE BONE PICKER A FINALIST FOR 2018 OKLAHOMA BOOK AWARD!

It’s bitter cold in Oklahoma’s Ouachita Wilderness when Detective Sam Chitto of the Choctaw Tribal Police takes on a thirty-five year old cold case involving a missing Vietnam veteran and a murdered couple. The discovery of a man’s skull in the murdered woman’s casket, which her family had disinterred for further investigation, attracts the attention of the veteran’s mother. Believing the skull to be that of her son, she tasks Chitto with becoming a Bone Picker. Because bones survived flesh, Choctaw of old preserved the bones of their deceased, believing their essence dwelled within. Honored people, called Bone Pickers, retrieved the bones and presented them to the family for burial.

When his preliminary investigation reveals former suspects in the old murder inquiry have a shorter-than-average life span, Chitto goes looking for the reason. As he unravels the mystery, long-held secrets that have kept residents living in fear the past thirty-five years begin to crumble. 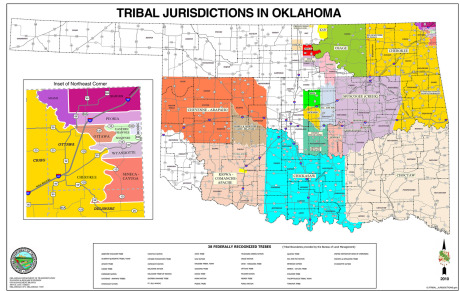 THE ROAD OF LIFE DESIGN: The half diamond design, according to Buster Ned, "is derived from (the) life of the people. The Choctaw people believed in the Great Spirit (God) in that their life followed an imaginary road. (The design symbolizes) that when they give aid to someone sick, they come off this imaginary road, and when the sick was well, he returned to this road and continued. (Likewise) when he did something bad, he again left the road, only he was on the opposite side, thus the half diamond design." www.oklachata.org